my new camera has a TIME-LAPSE function!!!! weeeee! thanks again MOM!

Oh man, Rini, you shoulda come to the Pride Parade. It was so outrageously fabulous, and then alternatingly lame just to remind you about how important fabulousness is. Sarah P made out like a bandit with a wide assortment of free samples except for the vitamin water energy drink which was freakish-tasting. I am so sorry I didn't think in advance to invite you! I'm still not used to you being in town. Don't hesitate to call when you're bored.

To the left is a picture of probably my favorite float. It was from Circuit Night Club, where I have never been and definitely now will never go, especially after seeing that float. I mean, I could just never live up to that.
posted by weiss @ 11:03 PM

So I definitely played play4good today--thanks Tim. So weird hearing all those familiar voices on little cartoon faces. Anyway... I scored a bunch of points for some schools' 6th grade I think...

The birthday was great. It was good being around friends I haven't seen... And thanks for the bday wishes too!

Oh! The big news, however, is that I finally have a bed!! I bought a grankulla chair/bed from Ikea. And I probably bothered my neighbors hammering it together last night and this afternoon. (I put little notes apologizing under their doors afterwards.)

Well. That's most of what's been happening in my world. That and I've been consuming my freetime/mild boredom with Second Life.
posted by Erini CS @ 11:36 PM

D-Dog stars as Pogo
This may be old news to most, but I just discovered Play4Good starring DB as Pogo. Notable quotes include, "My name is Pogo. I think my parents were a little crazy when they named me."

Just choose the "I want a boy to be my guide and friend" in the opening sequence and enjoy.
posted by Unknown @ 3:06 PM

tomorrow tomorrow!
Hey Shoupers!
I am so excited to be seeing a lot of you tomorrow!

Thanks for the hot times, Meg! 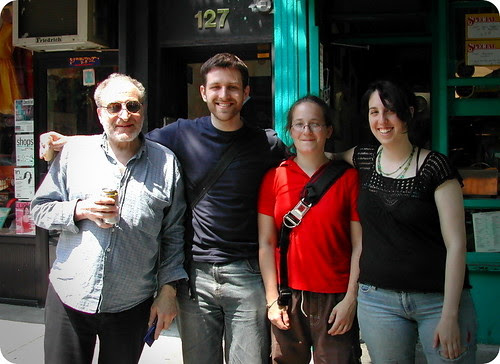 Once again, a wonderful host. And we only got a few bedbug bites!

ps: Dude on the left offered to take our picture, but we already had a guy doing that. So we asked him to join in! He later invited us to a "hot jazz jam session" but we had to catch the bus.

pps: Happy belated birthday, Erini! Hope you had a good one.

I love Warren Park. Summer evenings there beat out public television kids shows and stereotypes about college promotional materials for multiculturalism. Jogging around I was reflecting on this, and then thinking about how perhaps east Asians are underrepresented at Warren Park. But then what do you know, there's two mothers, Chinese and black, chatting while their kids play with a soccer ball. Warren Park makes fun of me. And later I was reflecting on how it's mostly black and white people with dogs, speculating that perhaps Mexican Rogers Parkers live more densely in their apartments and so can't manage pets, but then there's a Mexican woman with a terrier. Warren Park makes fun of me again. Though I still haven't seen any south Asians with dogs. Perhaps it's because many Muslims consider dogs to be unclean. But then, many south Asian Rogers Parkers are Hindu. Maybe they just don't like dogs?

There was some other good news today, expected but relieving nonetheless. Too personally identifying to post, however.
posted by weiss @ 10:07 PM 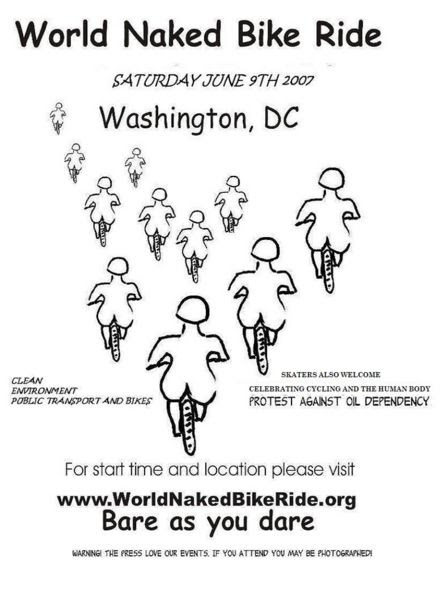 I've successfully applied at 3 different hospitals... and even Google.

Anyway. this Wednesday- June 13th... My 23rd Birthday...
there should be some sorts of happenings. Not sure what though.
All available in the area are welcome.

(I don't really want to plan anything--especially since I don't know what's available... I'd just like dinner and some drinking...)
posted by Erini CS @ 1:50 PM

For internet access, the libraries in Chicago have free wireless, which goes largely unused. I can't say I know anything about applying at hospitals, though St. Francis in Evanston has some openings. They seem to want experience for anything more than part-time evening janitorial work, but you could try to get a job in billing. Bethany Methodist seems even more focused on jobs requiring experience you probably don't have, but maybe they have other openings they aren't listing online. And there would be more hospitals that I've either overlooked or are farther out. What about Loyola's Water Tower location? You would seem to have some qualification for some jobs there, particularly in the school's marketing and communications office.

The trick to the CTA is to get a Chicago Card. Or if you call me I will tell you all about the CTA because I am unhealthily preoccupied with public transit. And make sure that any job you accept is reasonably accessible. A terrible commute can make even a good job not worthwhile.

Don't want to overwhelm you with advice, but I feel for you.
posted by weiss @ 11:28 PM

Amazing gallery of deep sea creatures
From the Deep Book: J, I've applied to Loyola (multiple times--been turned down 3 times); but still looking at other places. (Mostly chose LUC because it's 2 blocks from me.)
Hadn't thought of hospitals though.... Would I just apply in person, or find it online somewhere?

Also applied to a couple different branches of a bank.
So far 7 applications in 2 days.

I have yet to go further than 5 blocks from my place. I need to figure out the bus/train system soon. Not to mention get internet in my place and a bed.

Hey E, talked to Iverson today and she said that secretarial jobs are easily available at the various universities and hospitals. So that's an idea.
posted by weiss @ 11:54 PM