Tunes for typing
So I spend my days at the municipal library writing my thesis, and as a result have found some great new streaming music. For studying or making out purposes, I hereby recommend

Get Your War On: New World Order?

we do it to ourselves, we do...
From a great interview with Marilynne Robinson:

The first obligation of religion is to maintain the sense of the value of human beings. If you had to summarize the Old Testament, the summary would be: stop doing this to yourselves. But it is not in our nature to stop harming ourselves. We don’t behave consistently with our own dignity or with the dignity of other people. The Bible reiterates this endlessly.

I am Nigerian Information Minister John Odey. It may surprise you to be receiving this blog post from me, as we have never corresponded before. But I have a very special deal for you. My country is due to receive a large cash settlement due to an insurance deal on a failing satellite. However, to receive this money, we must send it through a secure account. Please allow us to use your bank account for this purpose, with great benefit to you!

But seriously folks, this is the craziest thing I've read in, like, months.
posted by weiss @ 11:31 PM 0 comments

Why you can't go wrong with a $340 million dollar sattelite
Because "No technology can be a waste of money," Nigerian Information Minister John Odey said.
posted by Unknown @ 1:11 PM 0 comments 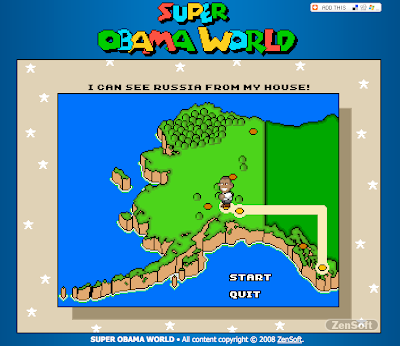 WESTFIELD, Mass. -- With an instructor watching, an 8-year-old boy at a gun fair aimed an Uzi at a pumpkin and pulled the trigger as his dad reached for a camera. It was his first time shooting a fully automatic machine gun, and the recoil of the weapon was too much for him. He lost control and fatally shot himself in the head.

What's interesting to me is this quote from the boy's father, farther down in the article: "'This accident was truly a mystery to me,' said Bizilj, director of emergency medicine at Johnson Memorial Hospital in Stafford, Conn. 'This is a horrible event, a horrible travesty, and I really don't know why it happened.'"

Downtown at LaSalle and Monroe someone wheatpasted the Fairey poster, and someone else scrawled "socialist" on it. Ha ha. Also something in Spanish starting with "rojo," then another word starting with "c" that I can't remember. Prepped by a little native flavoring, we hopped on our bikes and rode around late Tuesday night, hooting and hollering through the streets. Crazy.
posted by weiss @ 11:56 PM 0 comments 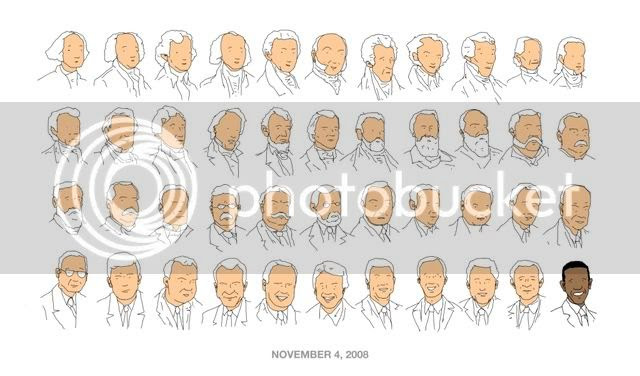 Check it out. Shepard Fairey's Obama poster progress poster is being used by Chicago city hall to celebrate. Daley the Mayor has a posse! 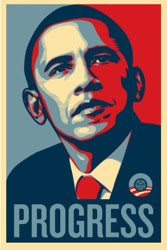 Halloween
I usually post my race results on this blog, so i thought i should share that julia got second place for the girls at yesterday's halloween ally-cat! rock! Totally the icing on the cake (ok, the whole cake) to a totally rocking halloween! Other highlights include my "tonsil hockey" costume -- I put on my knee and elbow pad, attached a hockey stick to my bag and duct-taped a giant open mouth to my sweat shirt. I was surprised to find that some people had no idea what tonsil hockey was (julia). And also catching up with critical mass after work when it passed by the door and then rode with it until it's ended a few block from my house - it was by far the largest critcal mass i've taken part of yet. And, unlike last year, I was plenty sober to bike home!
posted by kate @ 6:47 PM 0 comments