Yes Rini I do, mostly taking bites out of people who won't stop talking about the election, which is everyone. More interesting than the election:
posted by weiss @ 9:34 PM 0 comments

anyone else have an urge to run around the city acting like a velociraptor?
posted by Erini CS @ 3:42 PM 0 comments "I'm pretty sure there's a lot more to life than being really, really, ridiculously good looking. And I plan on finding out what that is."
posted by weiss @ 11:11 PM 0 comments 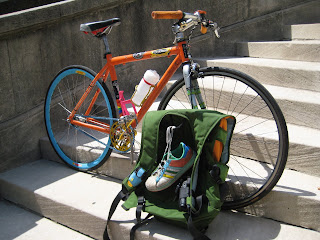 i did a little glamor shoot with my bicycle yesterday after noticing how well coordinated i was.
i really should ditch the pink water bottle cage and throw the green grips back on. 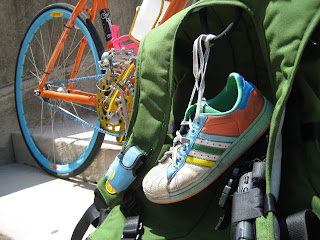 i bought the shoes first, then came the bag, and most recently i got the spiffy blue wheel and chain. 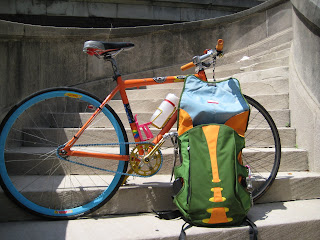